“The last time I heard a boom like that, Japan surrendered the war.” Nelly
I bought an Uncapping Knife last year and just got around to trying it out this week. The first time it worked okay but kept getting so hot that it burned the honey – perhaps that is normal.
What is not normal is that on the second use… IT EXPLODED! No exaggeration here. About three minutes into the process the knife short circuited, blasted a hole in the side of the knife, and began throwing sparks and slag as far as two feet away. It literally looked like fireworks! Some of the slag sprayed out and burned my wife’s arm before I could get it unplugged. Luckily she only received minor burns – though she was rattled for a while afterwards. We were lucky – blessed!

Since Amazon won’t post my review, here is the link to the product so you don’t buy the same one:

Well that was just part of the day. My two grafted queens were, as I feared would happen, destroyed by the beetles. Hive-VD (giggle giggle) had the shiny frames that heralds the death of the hive. I removed all but two frames and manually killed all the beetles and larva I could see.
My chickens will be in at the end of the month and I hope that they can help break this beetle cycle.

THE GOOD NEWS:
The miller frame that I placed in Hive-VE has lots of Queen Cells. I suppose they just needed a day to settle in before they began building them. So I will have enough queen cells to make several splits this weekend. 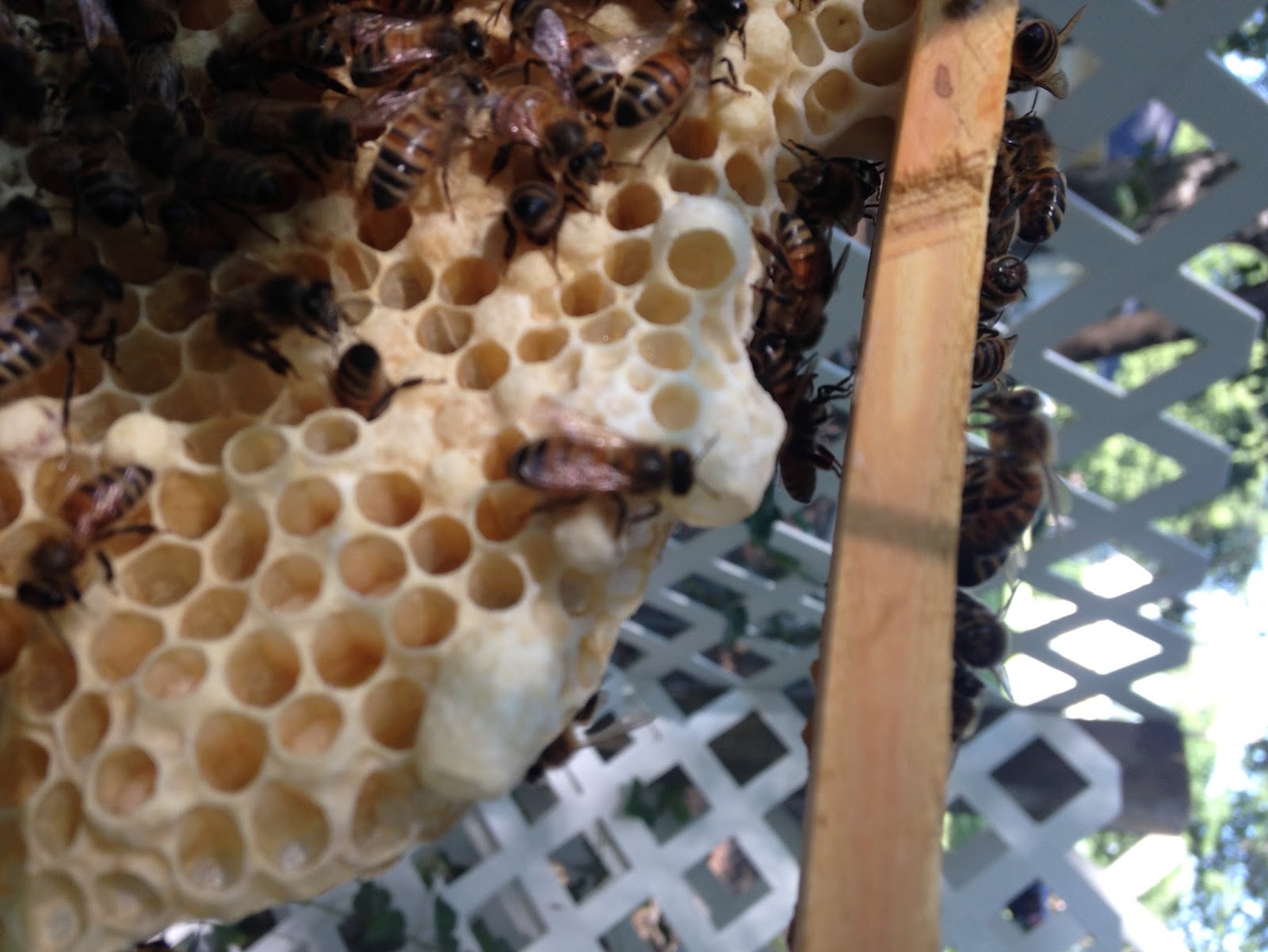 What happened in both hive VD (giggle giggle) and VE were blessings. The presence of two accepted grafts, showed me I was on the right track. So now that the grafts are ruined, it gives me a chance to try again this week. At the same time, I won’t loose any ground on my splits, since VE has plenty of queens to go around.
I made a new grafting frame with three kinds of cups to see if any of them do better than the other.
All and all, it was a good day.