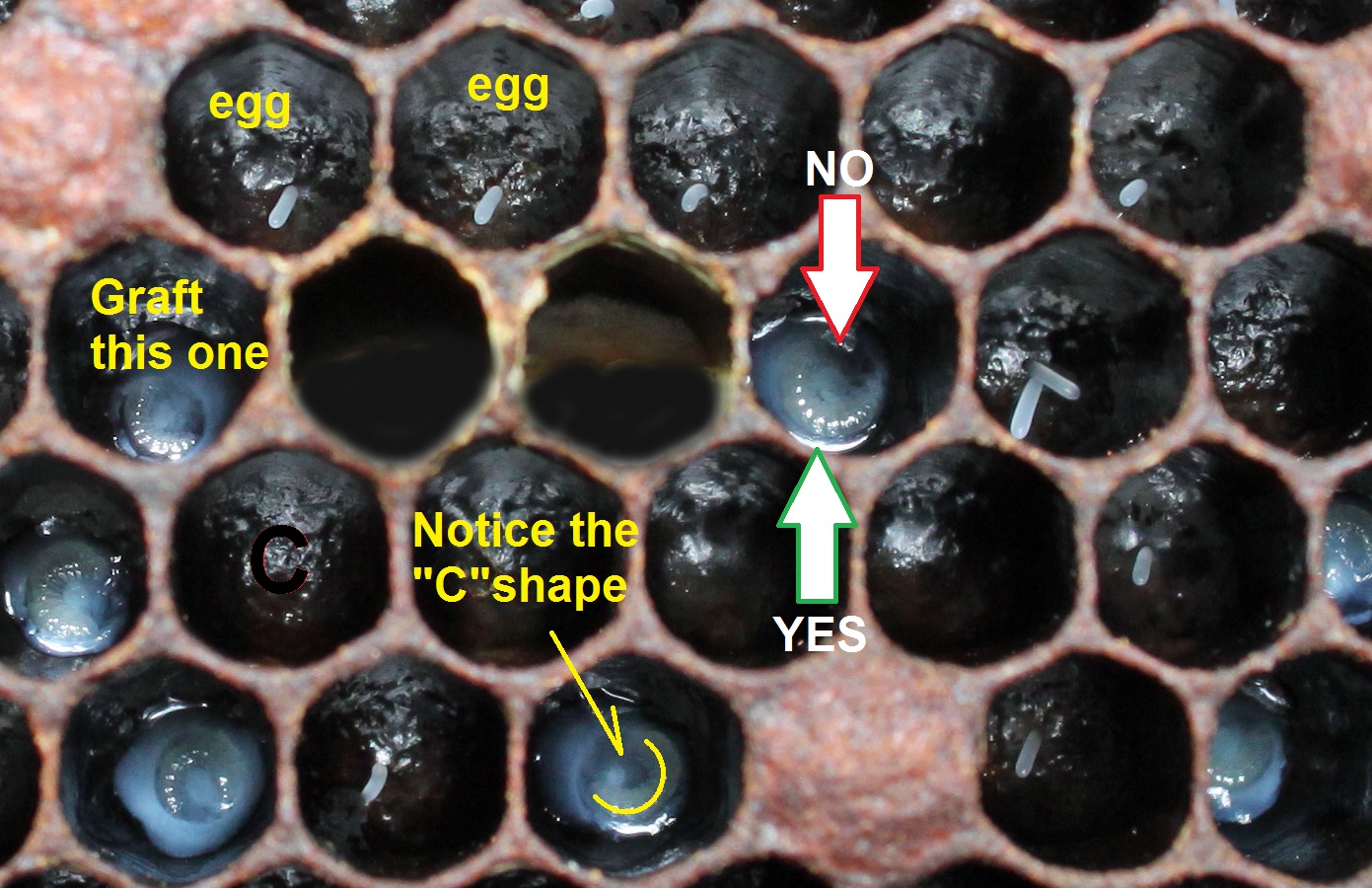 “Many of the projects that we do that appear quite successful, it’s actually often the second or third time we’ve given it a try.” Dr. Edward Boyden, MIT

Yesterday, I made my third attempt to graft. We pulled a frame from Hive-B.1 and transported it to the house. I left it covered in bees and placed it in a special box that did not allow the frame to move in transit.

The (15) grafts only took me (15) minutes – half the time of the previous two attempts. I also used a German tool rather than the Chinese tool. The last thing I did different was that I hooked the larva from the closed end of “C” rather than the open end.

I mean to say, that the larva forms a sort of “C” shape. Previously I tried to approach the open end of the “C” but found it much easier to do the opposite – as in the picture shown above.

The larva was placed into each cell with only the royal jelly that clung to it. This could cause a problem but I should know tomorrow night when I get home.

The grafts were placed in Hive-A.1.

I ordered (4) baby chicks that will arrive on Saturday morning. I am hoping they will help to break the beetle cycle. We’ll see.

All the hives at Dr. D’s are doing well.