“Never trust a woman, even though she has given you ten sons,” Chinese Proverb

That’s a fitting quote given that my hive is full of sons (drones). This is a heartbreaking event so late in the year.

While doing a little winter preparation, I opened up the first hive (Hive-VSH) and found that it was full of drones. I felt sick. It was also full of beetles. Though neither issue seemed to be effecting the health of the hive – for now. 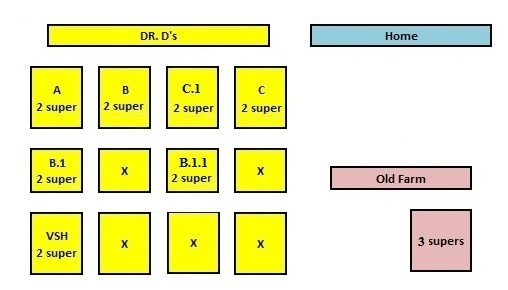 I quickly checked the other hives in the yard and they all seemed fine.

Hive-B.1.1, despite having issues earlier, has managed to make a come back but is still a little on the weak side with only about 8 frames of honey.

Without removing any frames I looked for signs of brood but didn’t see any. I suppose the queens have quit l
aying for the winter. It was a bad idea anyway but I thought I might stick an egg in Hive-VSH in hopes that they might make a queen before the frost set in.

However, after watching the YouTube video (the picture above is linked) I’ve decided to merge VSH and B.1.1 together. I was already leaning in that direction but the video pushed me over the edge. So if this causes both hives to die, then I’ll blame that YouTuber.

The weather will be warm and dry again of the Friday after Thanksgiving and so I plan to make that my final visit for the year.

I have taken the next 9 days off from work for Thanksgiving. I plan to use the time to get my wood shop cleaned up (it got pretty disorganized throughout the bee season) and to start building hives for next year.

I also plan to build a new beetle trap and try it out over the winter. I’ve made a little sketch here.

Next Blog will be on how I merged the two hives. Until then, Happy Thanksgiving.