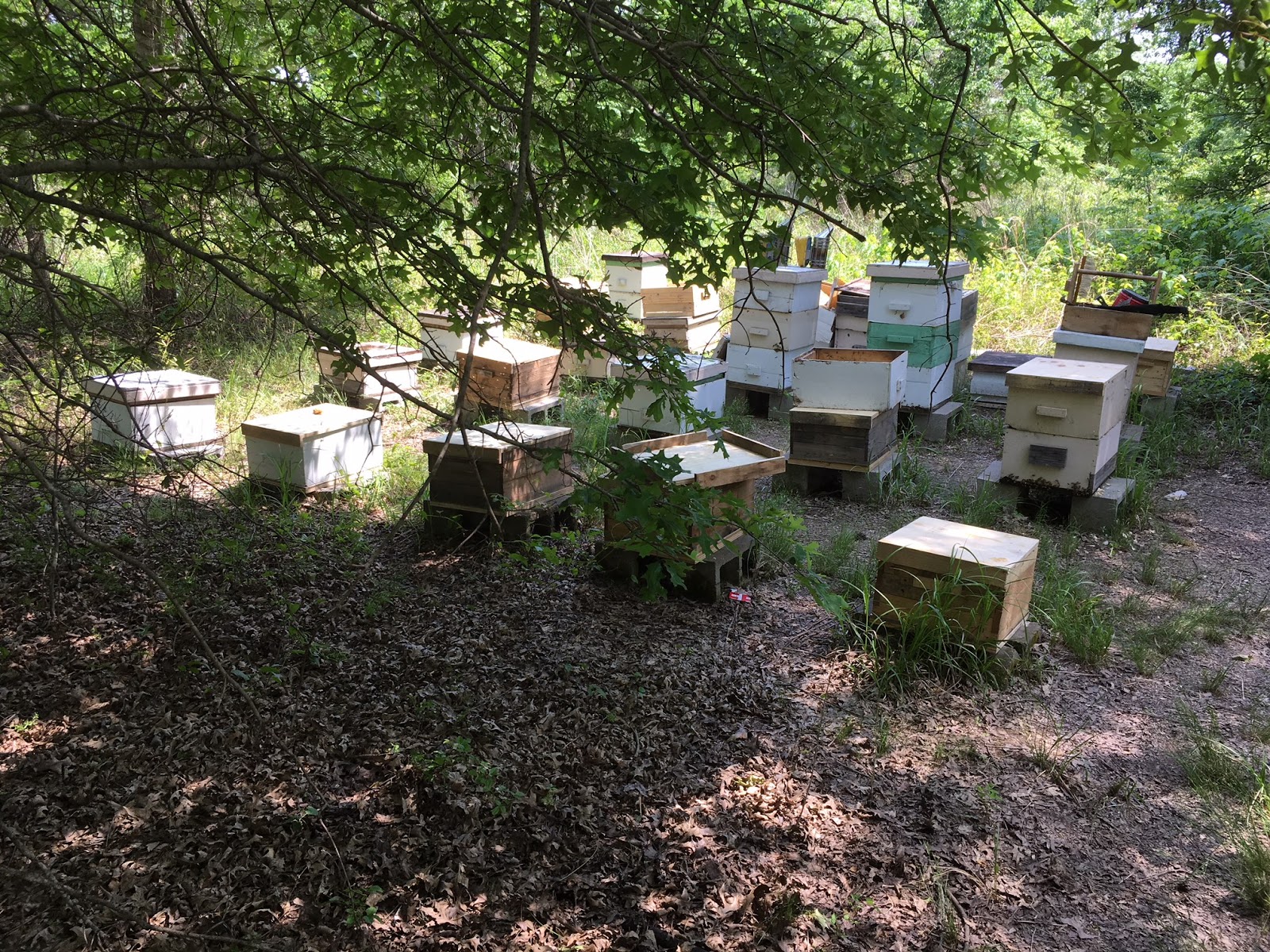 Well, I have split 6 hives into 22 in just a couple of months. This has been the best year by far. This will be my last splits until after I harvest honey. Though, if the bees continue to do as well as they are doing, I should have a crop of honey in late July to mid August… I hope.

The splitting process went well but ultimately became chaos. In the new diagram below, I have changed my numbering system to help make it clearer.

At the start of the day, there were 17 hives at Dr.D’s. We had considered moving all the hives to their new locations and then make the splits but we thought we might get confused (it was a simpler time).

First we split Hive-D2 to location E5. The first frame we pulled had the queen on it, so we put her back on location D2 and closed up both hives. (We felt pretty smug!)

Then we split Hive-B2 to location D4. However, despite being packed with bees and honey, there was no queen. First hiccup. So now we needed two frames of eggs. We marked the two boxes by placing an empty super on each lid and then took a break. (It was 89F and I’m fat… don’t judge me.)

Now when we returned, we opened Hive A-2 (and even though I found the queen last time) it was now queenless. So we didn’t split it but we made a mental note to put a frame of eggs in it. (Mental note, humf.)

Hive-C3 was split onto location C5.

Hive-B3 was split onto location B5… and that’s when we found it was full of swarm cells. So we started pulling those frames out and giving them to the other splits. A2 B2 B3 C3 D4 and E5 all got a frame with a queen cell on it… (I think!)

However, Hive-A3 didn’t have a any brood, so we decided not to split it. We added eggs (I think) and left it as it was.

Then we decided to split Hive-A4 AND THAT WAS WHEN IT TOTALLY WENT TO SHIT!

We had already split Hive-A4 at some point in all of this. In retrospect, I “think” we split it to location D3 but I can’t be sure. It had a new lid and bottom on it, so we had definitely split it but neither Noah or I could remember when.

In just two hours we had made all of the splits and, in doing so, had lost the largest game of Three-Card-Monty ever played. In the end, I have 22 hives at Dr.D’s.