My wife and I had planned to harvest honey last week but the temperature here reached 103F with a Heat Index of nearly 115F.  That compounded with the fact that I was at the doctor’s office or hospital all last week with either my mom (who has a torn rotator cup) or my father-n-law (who had a stent put in).  All in all, the honey is still safely tucked away in the hives.

However, I have a totally non-bee related story. 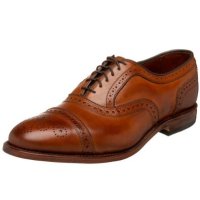 While my father-n-law was having surgery, I had an upset stomach.  I didn’t want to use the bathroom in the waiting-room for fear someone might hear me.  At the age of 41 I am still shy about using the bathroom. (though obviously I don’t mind talking about it after the fact)

So I searched the hospital and found a more remote public toilet.  As I entered it was obvious that I wasn’t the only one in there.  The smell was putrid to say the least.  Nonetheless, I figured that given the current smell, at worst, I would just blend in.  So I entered the other stall and dropped-trou.

From the capped-toed oxfords in the stall next to me, I could tell he was a much older man.  Which made sense, because it must have taken decades to brew the smell he was making.

Normally in this sort of situation, I practice delicate sphincter control to prevent any rude noises.  However, this stench was unique and I really didn’t want to spend any more time than I had to.  So I bared down and, in doing so, let out a fairly audible fart.  If it had a smell, it wasn’t strong enough to alter the paleolithic stench that was emanating from beneath the dividing wall.  Just the same, I paused and grimaced at the sound.

That’s when he said it, “Mmmmmm… Giving it away.”

I cringed.  Did I mention I’m a bit shy when it comes to bathroom issues?  Not to mention, this was not the best place to strike up a conversation.  So I stayed quiet – hoping maybe he would take the hint.

In a rush to finish my business, I again made an audible sound.

“Mmmmm.” I heard from the stall next to me.

Are you f***ing kidding me? I thought.

Then he said, “So you take a right on Third?”

“That will get you back to the Casino.”

Yep… It sounds like an old joke but he was on his phone the whole time.  Can we please start public shaming people who talk on their phones in the bathroom?  At best it’s rude to the person on the other end.  At worst you make the person in the stall next to you feel like he is being ambushed when he is at his most vulnerable.

Well anyway… This week it is raining so I won’t be doing much beekeeping this week either.  However, the weather is cooling off and if all goes well, we will go out this weekend and gather about 10-gallons of honey.  Not bad for a hobby.